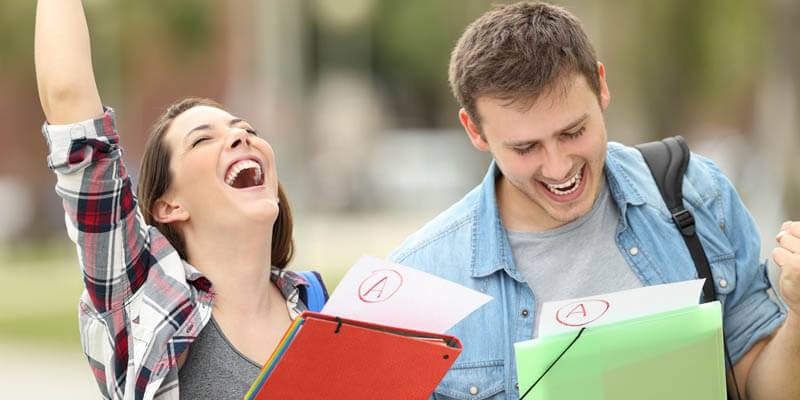 Successful Students Use These 10 Phrases

The words and phrases you use as you talk to yourself shape the way you feel. Your self-talk can make you feel discouraged, or it can lift you up. As a student, it’s important to pay attention to the words you use as you talk to yourself and others about your frustrations. Student life is full of challenges. The words you use when you talk about these challenges affect the way you deal with them. Language is powerful because it shapes the way we think. In our self-talk, we all have a tendency to use words that limit our ability to deal with challenges. When you next face a challenge, change the words you use to talk about it. Use the positive phrases listed in this article and observe the difference it makes. So I encourage you to get started today!

The words “I have to” create a feeling of annoyance. The task at hand will become a burden that you can’t escape from.

But if you say “I get to”, you’ll create a feeling of opportunity and gratitude. The task will seem like a privilege instead of a chore.

For example, don’t say to your parents that you have to take part in the school play. Instead, try saying: “I get to participate in the play and see if acting is something I enjoy.”

Notice the difference? Now, it’s not a burden; it’s an opportunity.

There are very few things in life that you simply cannot do. You may need some help, or you may need more information.
Almost always, there’s a solution.
But when you say “I can’t do it”, it stops you from finding the solution. So say “I’ll figure it out” instead, and you’ll become a more successful and resilient student!

Mistakes are valuable lessons in disguise.

The more open you are to making mistakes, the faster you’ll learn.

But to do that, you have to start seeing mistakes as opportunities to learn.

Here’s a real-life example of someone with this attitude.

Thomas Edison famously made 10,000 failed attempts at inventing the light bulb before he succeeded.

Mistakes are a vital part of the learning process. So, when you make a mistake, say to yourself: “I learned something.”

When you say “I’m bad at this”, you send a message to your brain that this is just the way you are. You’re telling yourself that it’s a permanent trait that you can’t change.
But this isn’t true.
The more you practise anything, the better you’ll get.
Look at anyone who’s good at a particular skill. For example, a ballerina, a guitarist, or an award-winning writer.
Those people are outstanding at what they do because they’ve put in thousands of hours of practise.
When you tell yourself “I’m working on it”, you’re reminding yourself that learning is a process that takes effort. You’re also reminding yourself that if you keep at it, you’re sure to make progress.

As a student, you’ll come across something you don’t understand every day.

When you don’t understand something, it’s natural to think: “This is too hard – I’m not smart enough.”

But try saying this to yourself instead: “This is complicated – it will take some time to understand it.”

Let’s face it: some subjects and topics are complicated.

But that doesn’t mean you’re not smart. It just means that you need more time.

A big part of being a successful student is learning to say no to temptations (the desire to do something, especially something wrong or unwise).

The first thing is to accept that temptations will arise.

What’s important is how you deal with such temptations.

For example, you might say to yourself: “I can’t watch TV because I haven’t finished my homework.”

This kind of self-talk tends to increase the level of temptation because it focuses your attention on something you can’t do (watch TV).

Instead, try saying to yourself: “I don’t watch TV until I’ve finished my homework.”

Do you notice the difference?

Instead of feeling restricted, the second statement makes you feel powerful and in control. The temptation has suddenly shrunk in size.

Because now you have the power, not the temptation. So start developing the habit of saying “I don’t” instead of “I can’t”!

One problem with saying “I should” is that it can easily turn into wishful thinking. You aren’t making a commitment to take positive action.

That’s why it’s better to replace “should” statements with “will” statements.

“Will” statements empower you to make a change. On the other hand, “should” statements trap you in a state of inaction.

When you think about your performance in different subjects or activities, you might be tempted to say, “I’m already good at this.”

But it’s better to say to yourself, “How can I keep improving?”

Let’s say you’re one of the best writers in your class. If you tell yourself that you’re already a good writer, so you don’t need to practise more, then you won’t maximise your potential.

But if you focus on improving, then you’ll become an even better writer.

The process is what counts, and there’s always room for improvement.

It’s by understanding this principle that world-class performers become the best in their field.

10. “This is a challenging opportunity” (don’t say “This is a problem”)

In your life as a student, you’ll face problems that seem insurmountable.
Imagine that you’ve prepared a speech to give to your class. At the last minute, you realise that you’ve lost your notes.
You’ll be delivering the speech in three minutes.
What will you do?
Instead of seeing the situation as a problem, look at it as a challenging opportunity.
Because you don’t have your notes, you’ll speak more spontaneously. You’ll also make more eye contact with your audience.
Your teacher might even congratulate you on giving a fantastic speech! And it’s all because you turned a problem into a challenging opportunity.

Here’s a table that sums up the key points of this article: 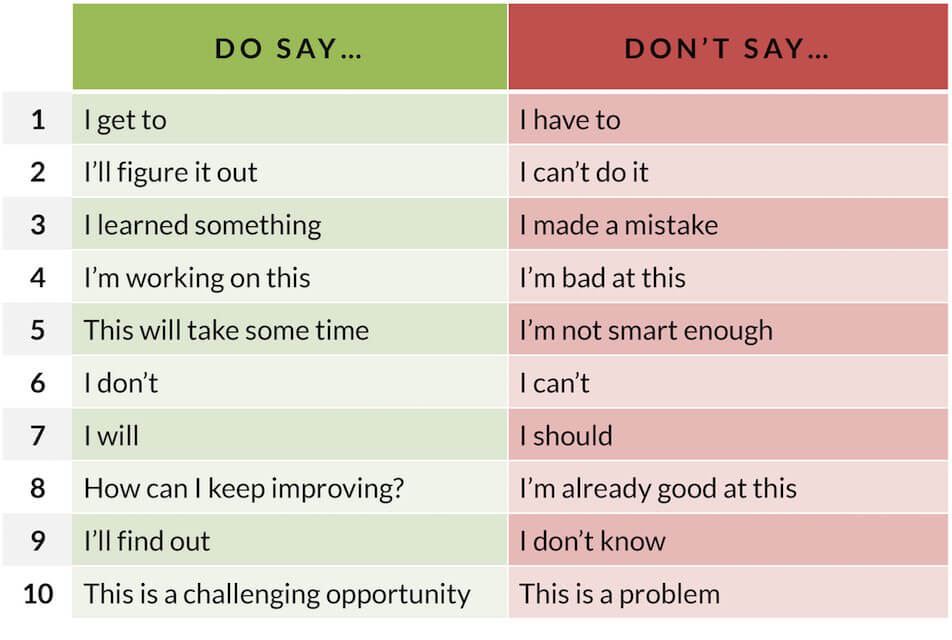 A Teacher, Blogger, and Software Professional. Balraj Khurana is the founder and CEO of VTTS. Under his guidance, hundreds of students have got 95+% marks. He has inspired thousands of students to fulfil their dreams. Most importantly he empowers students through timeless principles and techniques which are backed by science. 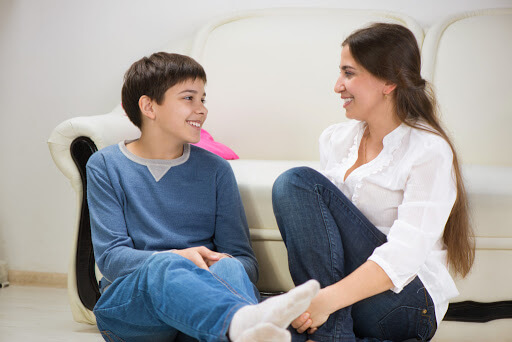 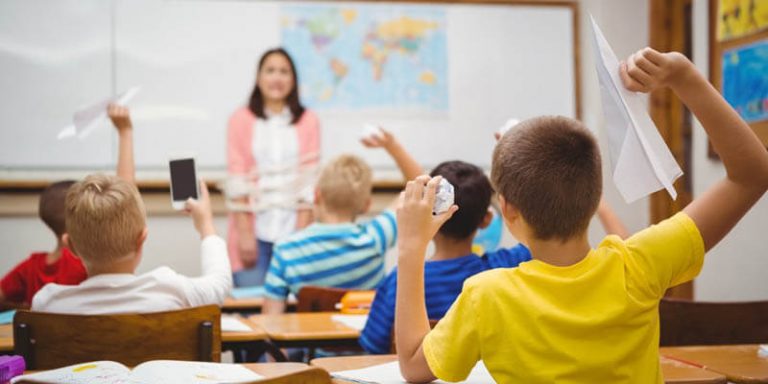 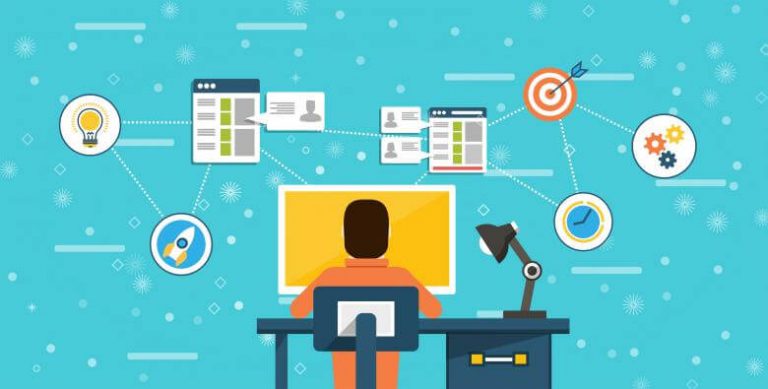 40 Time Management Tips for Students Everyone gets the same 24 hours each day. Albert Einstein, Mother Teresa, Isaac Newton, Eleanor Roosevelt, Leonardo da Vinci – they all had 24 hours a day, just like you and me. What enabled them to lead such significant lives? They managed their time… 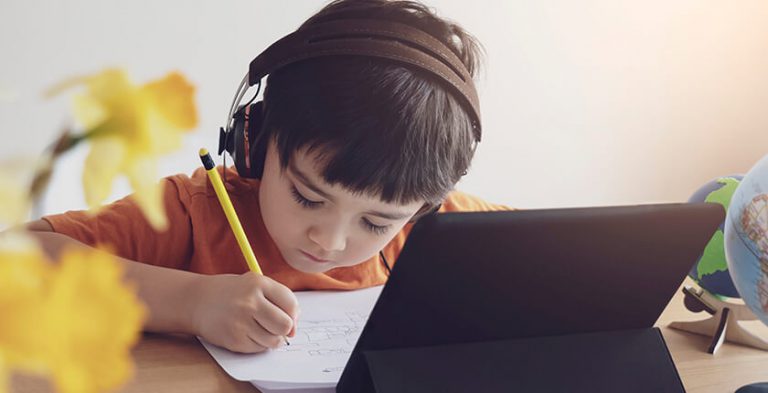 Advantages of Self-Learning In case you are not sure whether this is the best mode of learning, here are some proven advantages;• You Develop Strong Problem Solving Skills Self-learning gives you the ability to identify problems and quickly look for effective solutions on your own. This could be from colleagues,…

Joint Entrance Examination, commonly termed as JEE, is a national level engineering exam. It was first conducted in 2002 and all IITs, NITS, etc. accept the JEE Score to admit students to their undergraduate courses. The JEE has 2 papers, JEE Main and JEE Advanced. JEE Main is an entry-level…